Chiara’s centenary: her dream of a global university

Chiara’s centenary: her dream of a global university

How the idea of creating the Sophia University Institute came about, and how it has developed to date, showing the cultural scope of Chiara Lubich’s charism of unity.

The Sophia University Institute was born from a Christian spiritual heritage that is in constant dialogue with the principles upon which various civilizations flourished and developed. It is located in Loppiano, Italy, a Focolare little city that since its founding in 1964 has trained families, young people and adults in a Gospel-based lifestyle. 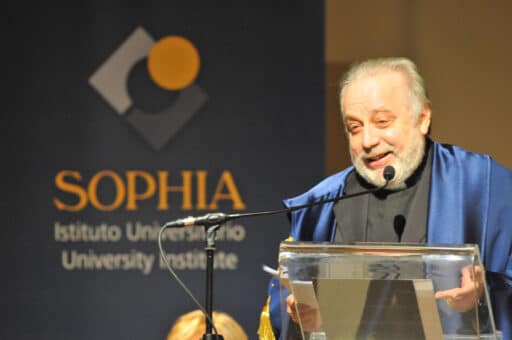 Professor Piero Coda, Dean of Sophia from its birth until last February, explains how the project has developed over the years.

How did Chiara Lubich come up with the idea of creating a university?
The idea has been there since the beginning. This was confirmed in 2008 at Sophia, when Fr. Casimiro Bonetti, the Capuchin who was with Chiara in the early 1940s, inaugurated the university.

It is in the DNA of the charism of unity, because it is a charism that unleashes a culture: a tangible vision of the human person and the world.

In concrete terms, its start came after the Abbà School’s breakthrough in the 1990s, when together with Chiara they began to study the cultural scope of the charism by drawing from the heritage of light from Paradise ’49.

When did Sophia start? How did it develop?
The initial stage of the university was the Superior Institute of Culture, which was aimed at the youth of the Focolare Movement (Gen). It was inaugurated on 15 August 2001 by Chiara with a speech that constitutes its Magna Carta.

In 2005, given the success of the experiment and at the urging of cultural critics such as Stefano Zamagni, President of the Pontifical Academy of Social Sciences, the planning of a true and proper university institute began. It was true to original form, according to the concept that sprang from the charism, and completed by the Holy See on 7 December 2007. 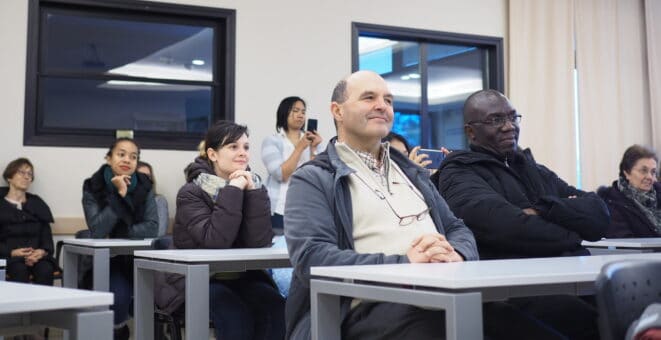 What is the link with the Holy See?
It was Chiara’s premeditated choice to build a university that was not formally recognized by a country, but rather by the universality of the Catholic Church.

This also meant, for Chiara, recognising the fact that the charism of unity, like the great charisms of Christian history (from Benedict to Dominic and Francis, to Ignatius of Loyola and Don Bosco), is a charism in which the Church recognizes a project in action of human and social formation that expresses the Gospel.

With the extension of the Bologna Process (the bilateral recognition of degrees at the European level and beyond, in which the Church participates), we could see viable scenarios for the institution that was being born.

How has it changed over the years?
Sophia began and developed on three pillars: academic-level teaching and research; formative experiences shared in community life between teachers and students of various cultures; and a relationship with the tangible expressions that embody the values inherent in the charism of unity in the various areas of social, political and economic life.

In all these respects, great strides have been taken forward. Suffice it to say, for example, that we started with a single degree course and now there are four. The original program in the “culture of unity” blossomed into the theological and philosophical, economic and political fields, as well as education, dialogue and communication.

What is Sophia today?
It is an important confirmation, a certain hope, a strategic investment. It is a confirmation of the value and relevance of Chiara’s intuition. It is a hope that the search for the new cultural paradigm that our change of era asks of us is not a utopia. Finally, it is an investment to promote with seriousness and vision the development (not only cultural) of the charism of unity and its historical impact.

In the past there has always been a dean, but today there is a rector; what does this mean for the university?
The fact that the Vatican department for studies and the university wanted this change underscores the validity of the path taken. It is also recognition of the institute rising to the status of university.

One can also see an echo of what Pope Francis told us in our audience with him last 14 November:

“I am happy with the journey you have made in these 12 years of life. Forward! The journey has just begun.”